[note: this post is not meant to be a comprehensive discussion of these records] 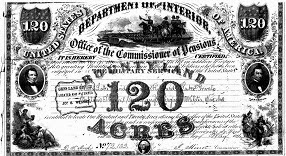 Researchers sometimes forget about the War of 1812 and the military benefits later provided to its veterans and widows. The majority of benefits for War of 1812 service took the form of land warrants which were good for a specific quantity of land in areas still owned by the federal government.

The bulk of these warrants were given in the 1850s, stemming from legislation during that time. The warrrant image in this post was created from the surrendered warrant of Clara Lake and was based upon her husband's service in the War of 1812 from Virginia. 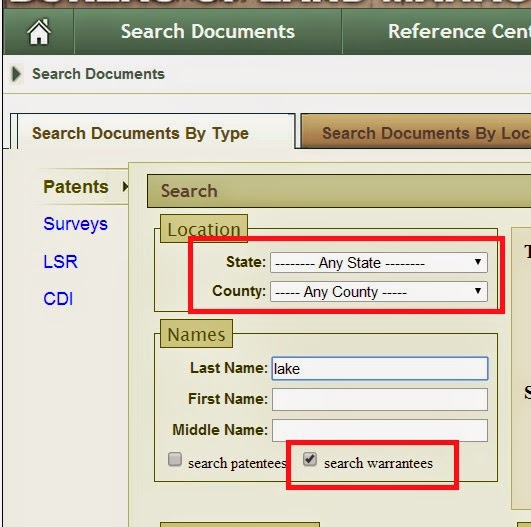 One quick (but not full-proof) way to locate these warrants is through the Bureau of Land Management website. When searching for these warrants on the site, make certain you search for warrants (I leave the patents unchecked as that's for the person who actually settled the property which may or may not have been the veteran/widow and which may "clutter" my search results).

Richard Lake and his wife Clara lived in Virginia and Kentucky. The property was eventually patented in Iowa by the person who purchased the warrant. If I had ignored the result because the Lakes never lived in Iowa, I would have missed the reference.

And when there is a patent on the BLM site based up on a military warrant, there are two things at the National Archives that you want to obtain copies of:
The application tends to have more detailed information on service and life after the service, but the surrendered warrant can have clues as a well.

And for people who lived during this era, we need all the clues we can get.