{opinion alert--we are also working on some research posts as well...so stay tuned for those as well]

According to some, high upon a mountain top, hidden among clouds and gray skies, are the genealogical elite. According to current mythology, they sit in judgement of virtually every genealogical statement that is made.  It is possible they wear white robes and carry gilded copies of the genealogical proof standards in their glove-covered hands.  However, no one really knows since they rarely appear face to face with any mere humans. 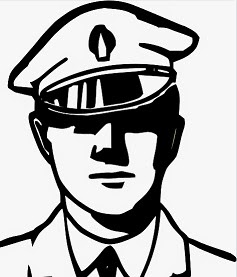 In the course of my nearly thirty years of genealogical experience, I have only been on the receiving end of encouragement of "big names" in the genealogical field. I have never received disdain or biting criticism and I've never received any nasty emails. On those times when I have been wrong about something, I've received either suggestions or questions that were asked politely in order to get me to think myself through my mistake. In fact, I have found well-respected genealogists to be more approachable than "well-known" individuals in other fields.

If a correspondent is rude or condescending, that's one thing--but simply asking you a question does not make that person elite. I want my research to be as accurate as possible. If someone helps me to better my research or my research skills, I may call them many things, but elite is not one of those words.

Calling someone names because they disagree with me is something I gave up in third grade.

[here's my post on why citation and methods matter]