Those Suggested Records at Ancestry.com 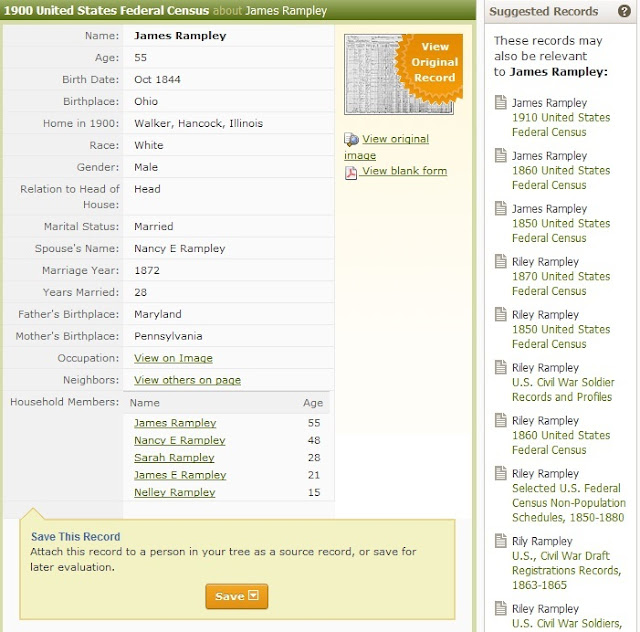 The theory behind the "Suggested Records" at Ancestry.com is a good one. However, like many good theories, practice is something else.

The 1900 census entry shown is for James Rampley and his wife Nancy E. James had a brother Riley. The Rampley brothers, and their families, are fairly well-documented and, not all that difficult to trace (except for the fact that they both married women named Nancy Newman).

However, a researcher in their tree has "merged" some information on Riley and James. Because the "Suggested Records" pulls linked items from the trees, the suggestions for James now includes items that are Riley and are clearly Riley and don't include a James born about 1835 in the entry.