Nebraska Needs Order in the 1880s. At least according to Ancestry.com

In 2013, I wrote a post called "Is Ancestry.com Putting Households in ABC Order?" 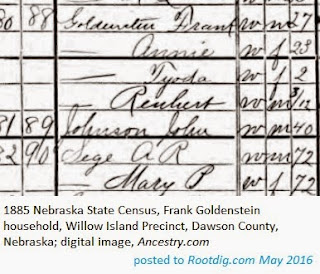 Apparently they still are.

The 1885 Nebraska State Census lists the household of Frank Goldenstein in the following order:

When I look at the "view record" tab on Ancestry.com's Nebraska State Census Collection 1860-1865, I obtain the following results as shown in the image taken from their website. The household members are displayed in alphabetical order. 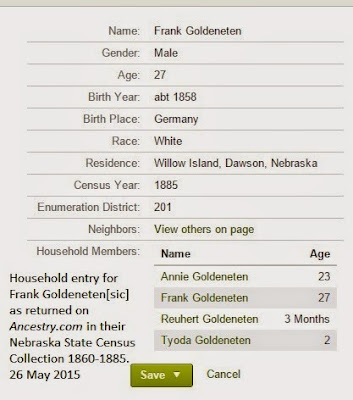 Seem a little strange to me, so I looked at a household in 1885 where there were individuals with different last names as shown in the image below. Those household members were also listed in alphabetical order.

Strange. I'm not certain why Ancestry.com would choose to display the results in this manner. All of which makes the continual point that looking at the actual record is key.

Key. There we said it twice. 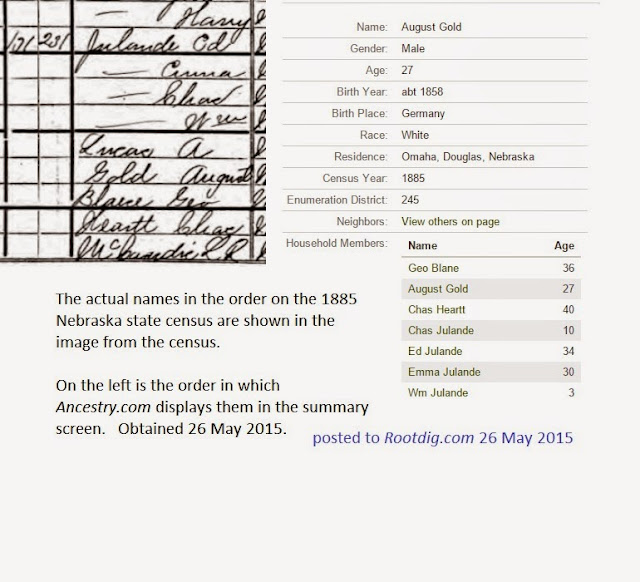