Was James Rampley Fading Away in 1790?

FamilySearch announced on it's listing of United States databases that their 1790 census has been updated. I'm not certain how much updating took place, but out of curiosity I looked for James Rampley of Harford County, Maryland.

I then compared the FamilySearch image for James with the Ancestry.com image.  These images have not been modified and were created by taking a screen shot and pasting that into a graphics program.

James is written as "Jms" on the census itself. The FamilySearch image appears to be a little easier to read, but that may be really subjective. 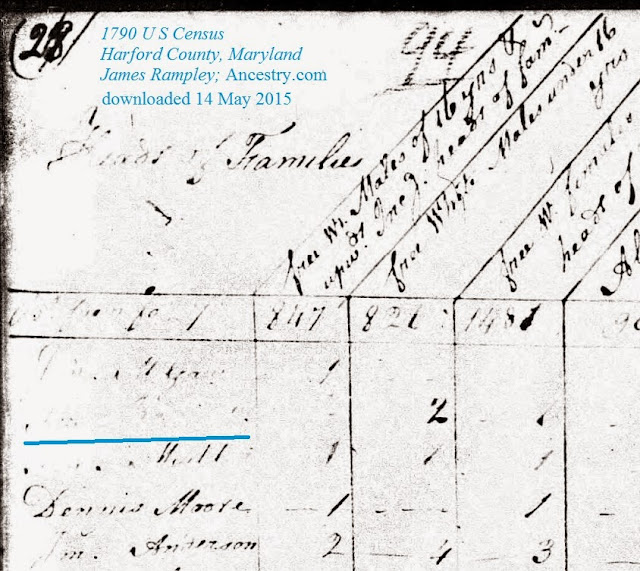 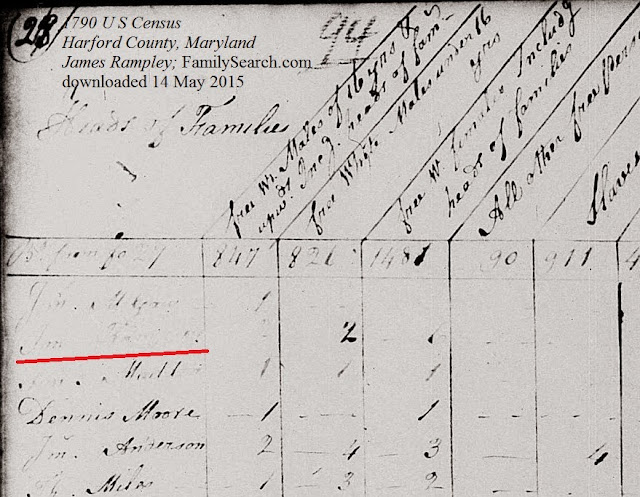 How often do you look for an image of a record on more than one site?

And does your citation indicate which website you used? This is one reason why we indicate the website the image was obtained from--even if the images were of the "same" record.