Arriving in 1817 from Maryland or Virginia

The problem with looking in just one book is that one book can always be wrong--completely or partially.

Two histories of Coshocton County, Ohio, mention my ancestor Thomas Rampley (he is actually referred to as Thomas "Ramphey" in both publications making one wonder if there was not a certain amount of copying going on). Both agree that Thomas arrived in 1817-- but they differ in the details. 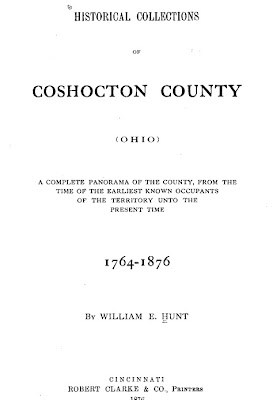 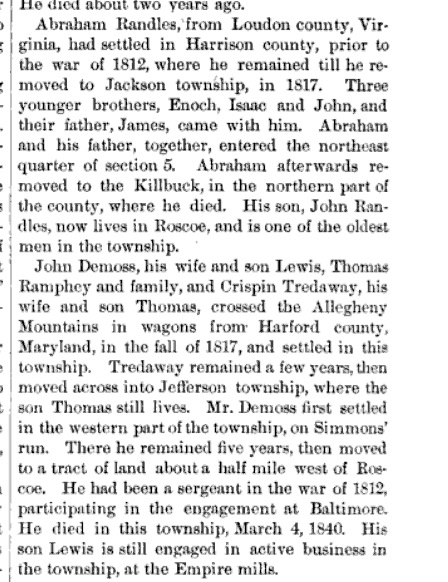 The 1876 reference, shown above, indicates that Rampley came with John Demoss and Crispin Tredaway and their respective families to Coshocton County's Jackson Township in the fall of 1817. Demoss and Rampley were brothers-in-law. Rampley did make an initial payment on federal property in November of 1817 when he is styled as "of Coshocton County, Ohio." The men mentioned above were from Harford County, but just because there are some facts in this reference that are correct does not mean that other facts are necessarily on the mark. 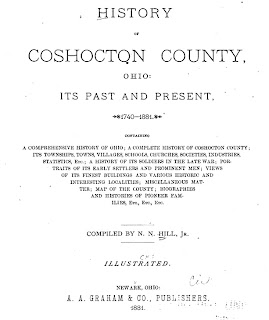 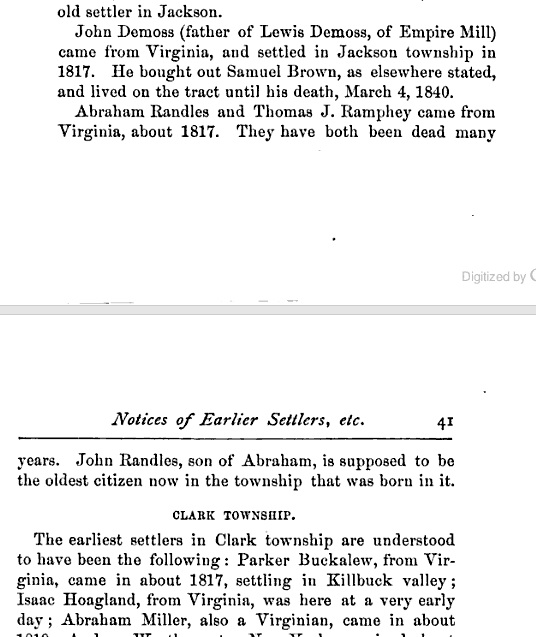 The 1881 history, shown above, mentions Demoss and Rampley as early Jackson Township settlers as did the earlier reference. It indicates they arrived in the same year as did the other publication, but here it is indicated they were from Virginia instead of Maryland and Tredaway (actually Treadway) is not mentioned.

Of course, it possible that the Maryland families travelled through Virginia to get from Maryland to Ohio. Geographic realities cannot be ignored and it may be that the reference is technically not incorrect.

By the time these county histories were published, most of the Rampley family had left Ohio for points west. It could also be that information about them came from people "who used to remember them." Second or third hand information is always suspect. And, we don't know who provided information for any of these histories.

Which is why we should obtain references from as many as we can, keeping in mind that any one publication can be wrong.
Posted by Bubba at 8:36 AM