One would think that a name like Gloria Fecht would be uncommon enough. Despite how uncommon the name appears one cannot be too careful. I've started preliminary research on a Gloria Fecht, born in Illinois

A reference to Fecht appears in a newspaper which was located in digital form on GenealogyBank.com. 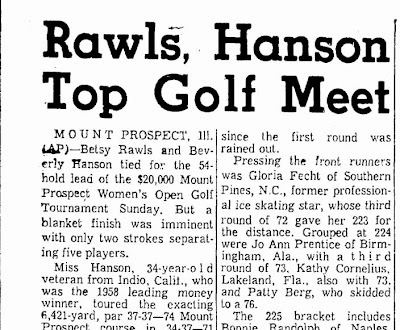 The 27 July 1959 issue of the Oregonian contains this mention of Gloria Fecht, of Southern Pines, North Carolina. It also indicates she was a former ice skating star. My grandmother Ufkes (who did have a cousin Gloria Fecht--the one I'm researching) indicated that her cousin Gloria Fecht was a famous ice skater. However, that's not proof that I have the right person. I've learned that one has to be careful with uncommon names.

One would think that the name Gloria Fecht would not be all that common. However, there are two references in the Social Security Death Index for a Gloria Fecht:

The dates of birth are close enough that it would be easy to confuse the two--so I'll have to be careful in the research. The Gloria Fecht I am researching was born around 1926 according to the 1930 census on Ancestry.com. 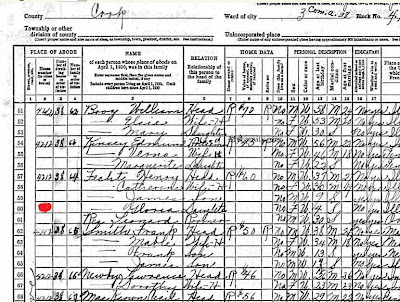 At the risk of being short, I know this Gloria Fecht in the census is the one I want Henry and Catherine Fecht is the "right" couple (Henry is my great-grandfather's first cousin). The Gloria in their 1930 census entry is the "right" age to be the Gloria born in 1926 in the Social Security Death Index.

I've got more work to do, and in a future post we'll discuss an update. Hopefully there are discoveries to be made in the newspapers at GenealogyBank.com and Ancestry.com.

The key will be making certain I have the "right" Gloria Fecht. The Gloria Fecht in the newspaper article lives in North Carolina at the time of the article and the "other" Gloria in the Social Security Death Index dies in South Carolina--making me wonder if I really do have the right person and which Gloria was which.

Henry Fecht (from the 1930 Census entry above) was born in Hancock County, Illinois, the son of George and Anna (Huls) Fecht.