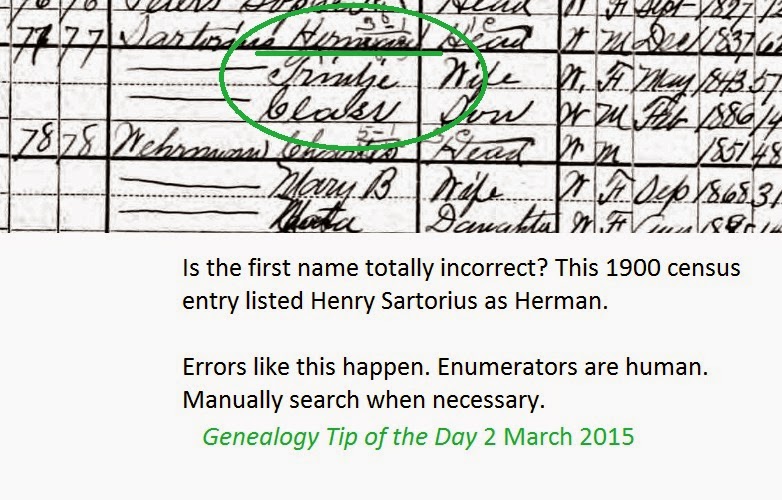 The census enumerator may have confused Henry with his son of the same name--or perhaps his late brother. Both men were named Herman.

Henry's middle name was Ameling, so that doesn't explain the error.

Sometimes people just get one or two things mixed up. It happens.

Situations like this are one time when a manual search of the record itself or a last name only search of the database may be necessary.
Posted by Bubba at 12:43 PM