Backwards Film and Who Was Watching?

Genealogists who began their research in the days when there was only microfilm can remember getting that occasional roll of film that someone was too lazy to rewind.

Apparently the FamilySearch digitization department gets those rolls of film as well.

And it does--on the microfilm.

Except that the roll of film was digitized backwards starting with the end of the film and working to the beginning of the roll. The certificates are not out of order. They are backwards. It's not really a problem after it is understood that the records are in reverse order. These items were filmed in alphabetical order and there's no "index" that links a user directly to a specific person of interest. I just have to remember that I'm leafing through these images backwards.

They were microfilmed in the right order.

Each microfilm image is numbered sequentially beginning with the first one. The "image number" in the Family History browser references the digital image--and not all microfilm images are numbered on the microfilm.

As the image number in the FamilySearch image box gets higher, so should the NARA image number (which was used to number the microfilmed images). 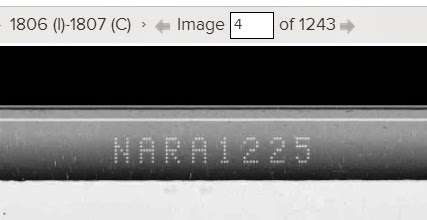 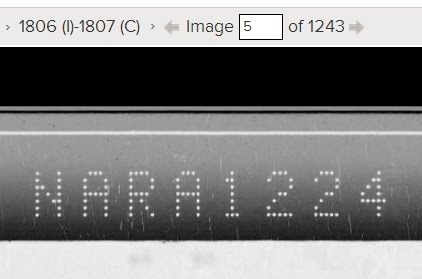 End result: Pay attention when using the digital images. The mistake that was made may not be yours.

All of which makes me wonder how automated this digitization of microfilm actually is.
Posted by Bubba at 2:01 PM