You have to love it﻿ when records can be correlated. It makes things so much easier. It also allows the researcher to confirm that the "right" person has been located.

The first image is from the 1888 passenger manifest documenting the arrival of Hedvig C. Olson in New York City.
﻿The image below is from the list of those departing Gothenburg, Sweden in February of 1888. It is easy to see that many of the same names appear on both lists (just a few typed here and ages are taken from the arrival list):
Of course the Swedish departure list is more detailed and it does indicate that Hedvig is headed to "Galesburg" with no state listed.   Hedvig is one of three people from the same location--all of whom are travelling to Illinois. Samuelson is headed to Orion, Illinois--not far from Galesburg where Hedvig was headed.


In the interest of time, screen shots of the "source" have been included here--they were faster than making citations. When I write about these records for Casefile Clues, we'll include complete citations. Of course, Ancestry.com thinks that Hedvig is a male on the arrival list--one reason I don't often use gender when searching these lists. 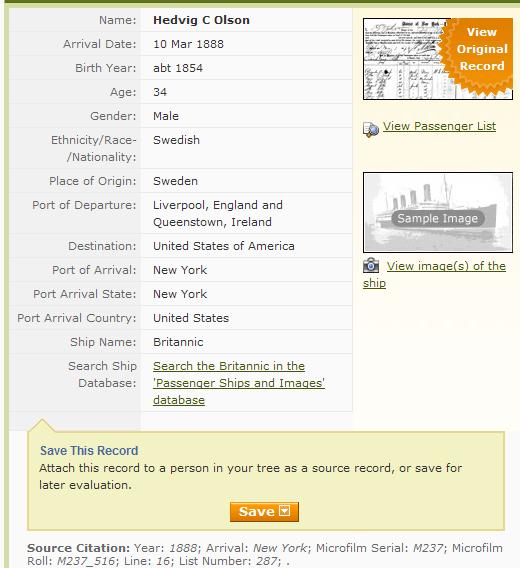 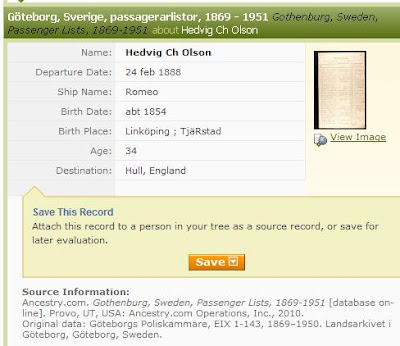