This is an atypical patent that was obtained on the Bureau of Land Management website for Aquilla Jones. Apparently the patent was to have been issued in 1825, but either it never was or it was never recorded or something was amiss and another patent was issued in 1961.

This image is from the 1961 patent--in case the typewritten nature of the document didn't make that clear. 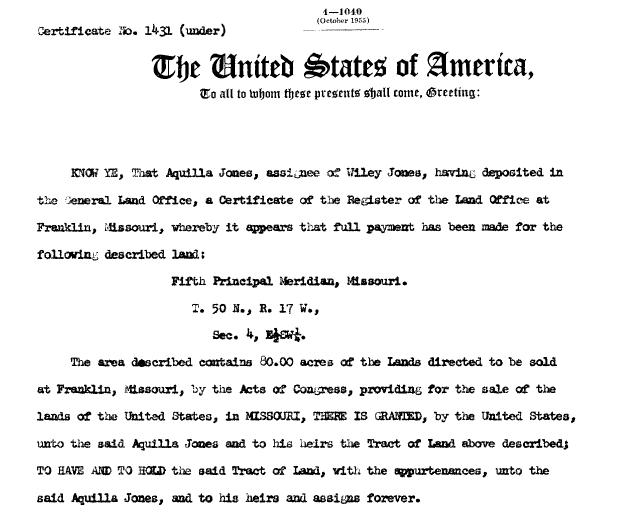 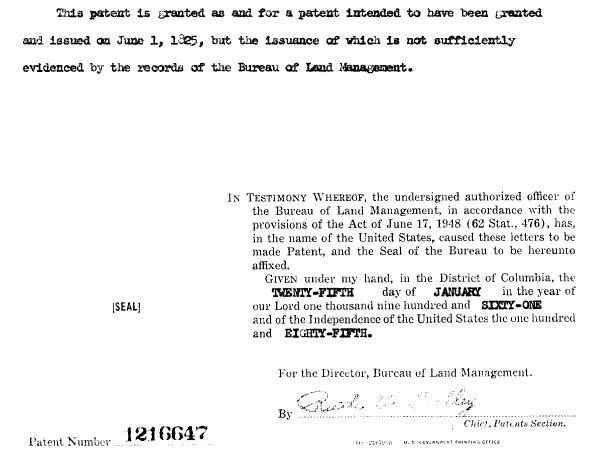 I'm requesting a copy of the cash land sale file from my researcher at the National Archives. We'll have a brief update when that has been obtained. Aquilla Jones is an ancestor of  my wife. Wiley--we'll discuss him later. Stay tuned--this will probably appear in an upcoming issue of Casefile Clues in more detail.