Half in the Middle and We Both Don't Live There

We make jokes about drivers who "take their half" of the road out of the middle, but apparently that's exactly what my relative did with his fence.

And there's a transcribed copy of the agreement as evidence of it. 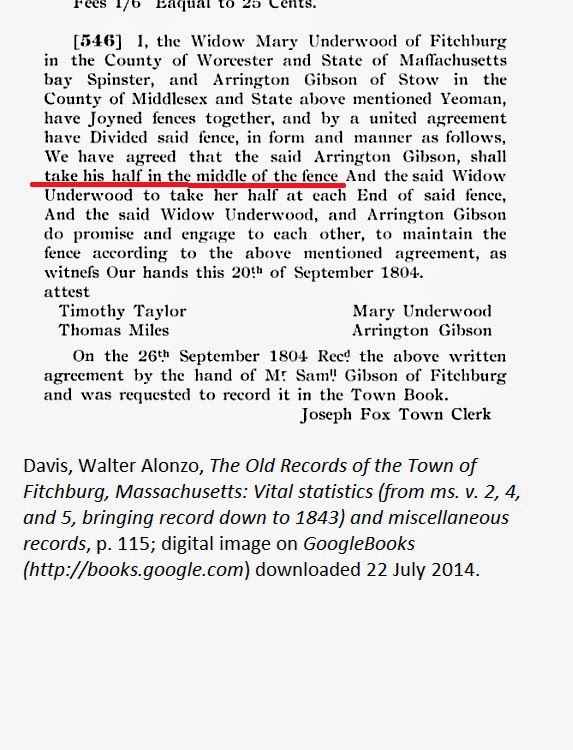 This 1804 reference may seem mundane, but it does document several things:


Based on the residences listed, both Gibson and Underwood were not both full time residents of the parcels in question as Stow and Fitchburg are not adjacent towns.

Never assume a person lives on the property they own. In this case, it's that "of" that matters.