Speak Now or Forever Keep Your Peace in 1757 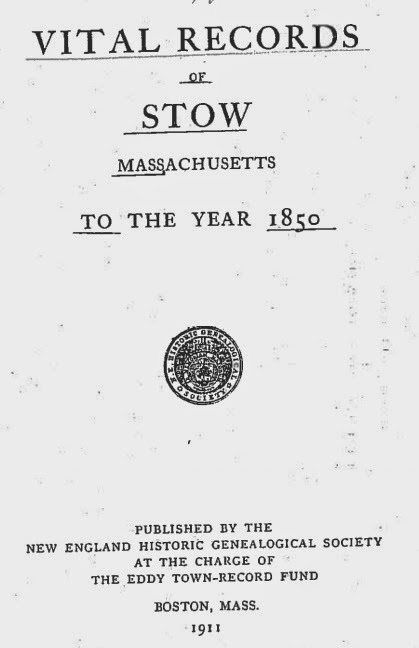 There is a story here. I just don't know what it is.

The marriage intention of widow Mary Puffer and Amos Brown was published on 20 July 1757 according to the Vital Records of Stow Massachusetts to the Year 1850.

However someone wasn't happy and there was an objection to the marriage.

According to the printed transcription "the Widow Martha Robins of Stow forbids the bains [sic]."

There are several reasons why Martha may have objected to the marriage, but at this point that's pure speculation. I hate to comment on the reasons why without any information to support that speculation. 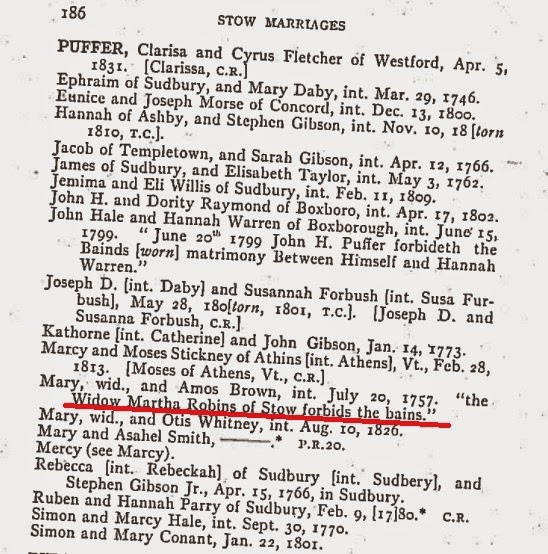 We'll see in a future post why I think the marriage did take place. There's some pretty clear evidence that Robins protest didn't stop the marriage.

At this point, all I know about Robins is that she was a widow and lived in Stow in July of 1757. That's not really enough to determine her probable motivation for opposing the marriage. Further research into her may reveal her potential motives.