County Boundary Changes in Acts of the Session

Yesterday's post on finding older state statutes online had a reader asking why a genealogist would even care about these books.

There are many reasons and a fan of Genealogy Tip of the Day on Facebook gave an excellent example: county boundary changes.

These three pages (title page and pages relevant to my searching) actually are not from compiled state statutes, but rather are from the "Acts Passed at the First Session" of the 25th General Assembly of Kentucky in December of 1816. Session acts can be just as helpful as the compiled state statutes. The images that follow describe the change in the borders of Bourbon County, Kentucky--which explains why my ancestor's deeds of acquisition were recorded in one county while the deeds where it was sold were recorded in another. 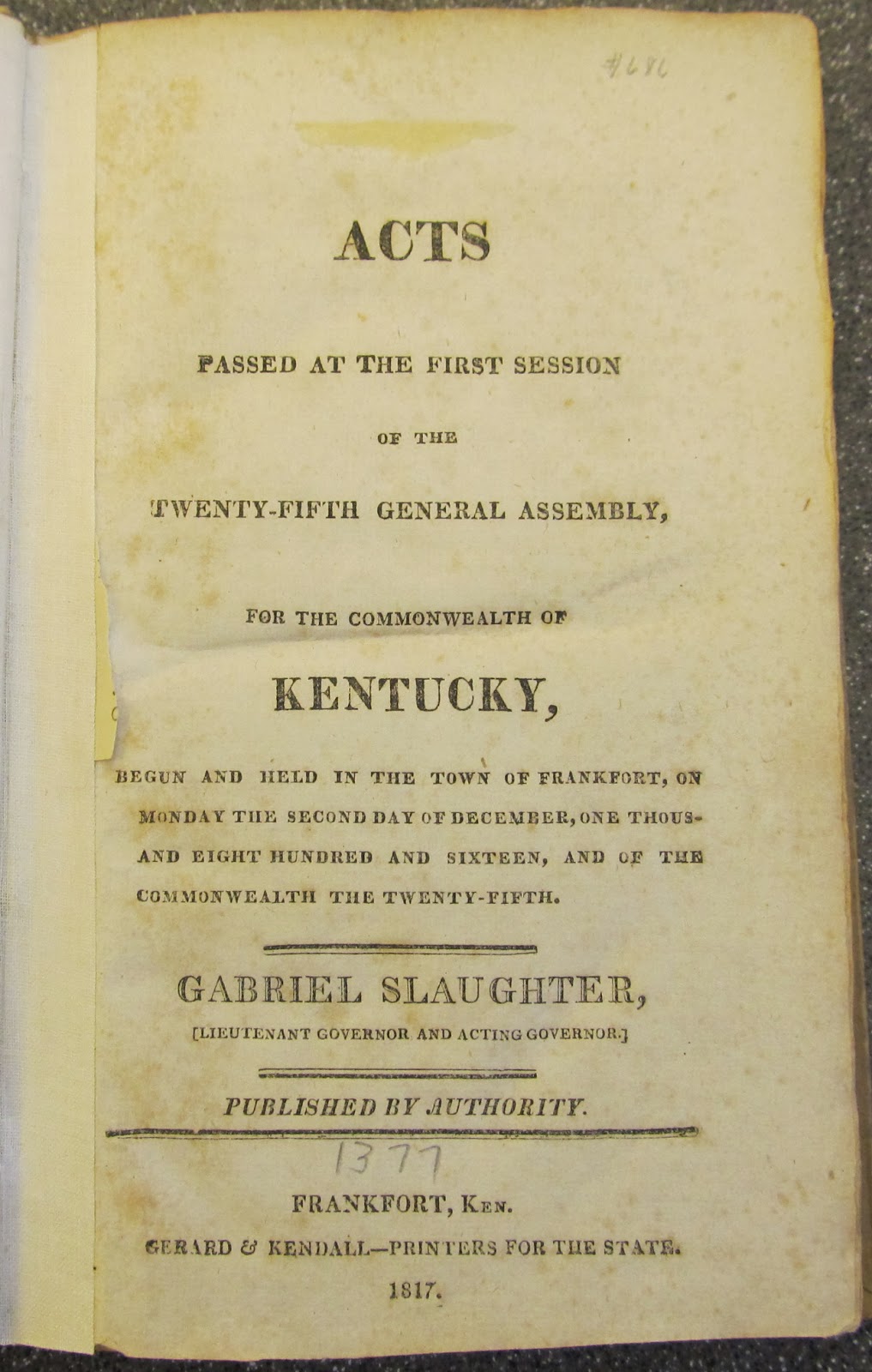 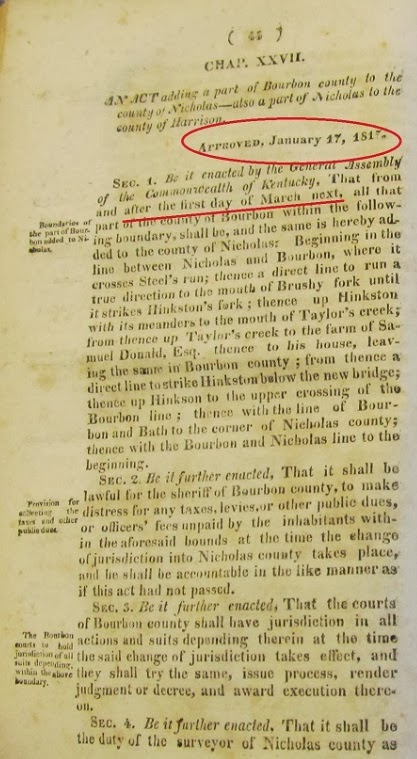 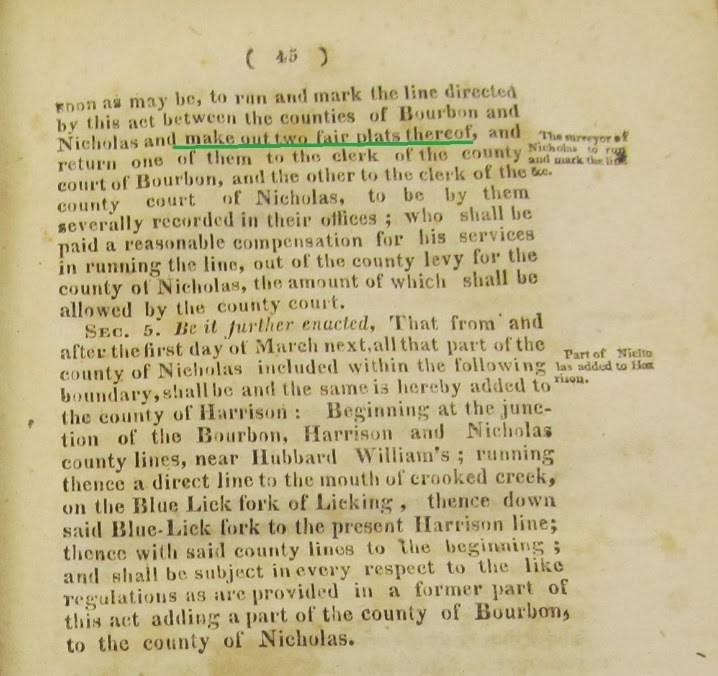 Keep in mind that there are generally three types of "legislation publication:"


I blogged about the specific change here--with a map to show the line change. The "straight line" that originally formed the northeast border of Bourbon County was changed out for geographic features.
Posted by Bubba at 10:28 AM