[we run this every election year--I originally wrote it in 2000 so some of you might have already seen it-this originally ran on 28 Nov 2000 in the Ancestry Daily News....] 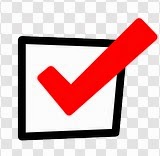 The 2000 election "dilemma" in Florida brings to mind a situation in Orange County, Virginia in 1742. At that time, though, there was no recount, and "chads" were not pivotal to the outcome. Booze, intimidation, swords, and betting were involved—as was one of my ancestors. As fate would have it, he was involved with the booze, the intimidation, the swords, the coins, and the betting. And he was not even running for office.
This information came to light while I was searching for ancestral names in the published Journals of the House of Burgesses of Virginia, 1742-47. These journals have been published and are available, generally, in some sort of microtext format. I accessed them at the university where I attended graduate school—university libraries are an excellent source of material of this type, especially when it's of a broader, more general historical interest. I remember going to the index thinking I would not find anything on this ancestor, John Rucker. Was I wrong!John was not running for office, but he apparently had strong political feelings. Parts of a House of Burgesses transcription are included here, including the original spelling. (I turned off my spellchecker for this one.)[Note: This material has been edited for space, and the typing has been changed—Fs to Ss—to help readers make sense of the "old style" writing. However, the original spelling has been preserved. It should further be noted that type changes from the old script S (which resembled a lowercase F) to our style S have resulted in the changed spelling of some names: Mr. William Ruffell changed to Mr. William Russell, and Mr. Jonathan Gibfon changed to Mr. Jonathan Gibson.]


(Journals of the House of Burgesses of Virginia, 1742-47, pp. 50-51)
FRIDAY, JUNE 4, 1742
Mr. Conway, from the Committee of Privileges and Elections, reported [on] the Petition of Mr Thomas-Wright Belfield . . . complaining of an undue Election and Return of Mr Robert Slaughter . . . and Mr Henry Downs . . . as Burgesses . . . for the County Of Orange; . . . it appeared to the Committee . . . That Mr Robert Slaughter, Mr Henry Downs, Mr Thomas-Wright Belfield, Mr Thomas Chew, Mr Zachariah Taylor, Mr William Russell, and Mr James Wood, stood Candidates for the Election; and that the Poll was opened on Friday the Twentieth Day of November last, about Twelve of the Clock.
That as soon as the Poll was opened, John MacCoy, Honorius Powell, John Snow, and Timothy Terrill, and several others, throng'd into the Court-house in a riotous Manner, and made such a Disturbance, that the Sheriff and Candidates were obliged to go out of the Court-house, 'til the House was clear'd, and the People appeas'd:
And that the said Mr Chew, whilst he was on the Bench, called for a Bowl of Punch, and had it brought to him; upon which, the Sheriff stay'd the Poll, and said he would not have any Punch drank on the Bench, but wou'd have a fair Election; to which Mr Chew replied, he would have Punch, and drink it, and that the Sheriff should not hinder him.
. . . the Candidates and Sheriff return'd into the Court-house, and proceeded in taking the Poll; Mr Jonathan Gibson and John Newport, the Under-Sheriff . . . [stood at] . . . the Court-house Doors, with drawn Swords across the Doors, in order to let the Voters pass in and out quietly and regularly in their Polling.
That after the Under-Sheriff was placed at the Door, one Mr John Rucker came to the Door, and demanded Entrance, which he had; and then the said Rucker threw the Under-Sheriff and another Person headlong out of the Doors; and when the Under Sheriff recovered his Post, the said Rucker insisted to clear the Doors, so that everone might have free Entrance, and seized the Under-Sheriff's Sword with both his Hands, endeavouring to break it, which the Under-Sheriff prevented, by drawing it through his Hands.
That then one John Burk came to the said Rucker's Assistance, and laid violent Hold on the Under-Sheriff, who was rescued by the By- standers. That towards Night . . . the People throng'd into the Court-house in a drunken riotous Manner, one of them jumping upon the Clerk's Table, and dancing among the Papers, so that the Sheriff was unable to clear the Bar, or the Clerks to take the Poll:
Whereupon the Candidates desired the Sheriff to adjourn the Poll 'til Eight of the Clock the next morning, which he refus'd to do, unless the Candidates would give him Bond to indemnify him . . . several of the Candidates agreeing to give such Bond, the Under- Sheriff, by Direction of the High-Sheriff, adjourned the Poll 'til Eight of the Clock next Morning; and thereupon a great many of the Freeholders who had not voted, returned home; and Mr Chew and Mr Belfield went to Mr Belfield's House . . . That when the Sheriff had prepared a Bond ready for the Candidates signing, Mr Russell . . . offered it to Mr Chew and Mr Belfield to execute, who refused, saying the Poll was adjourn'd, and their Friends gone home. 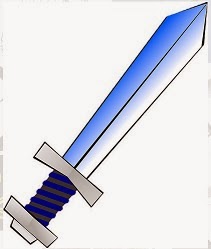 It also appeared to the Committee, that the said John Rucker did, before and during the Time of the Election give several large Bowls of Punch amongst the People, crying out for those Persons who intended to vote for Mr Slaughter to come and drink of his Punch; and that the said Rucker stood at the Court-house, and kept out those who were Mr Belfield's Friends and after the Election was over, confessed he had won several Pistoles upon Mr Slaughter's being elected the First Burgess.On 5 June 1742, the House declared that Slaughter had not been duly elected. They also indicated that John Rucker (among others) "are guilty of great misdeameanors and breaches . . ." and that these men (including Richard Winslow, Orange County Sheriff) be sent for in the custody of the serjeant [sic.] at arm.
On 19 June 1742 a petition was read from John Rucker (and some of the other men) which indicated they were truly sorry and that they would not behave in a way that would incur the displeasure of the house in the future. They were discharged from custody and paid their fees.

Very interesting indeed. I didn't learn cold and hard genealogical "facts," but I certainly learned something about John.
Posted by Bubba at 12:09 AM