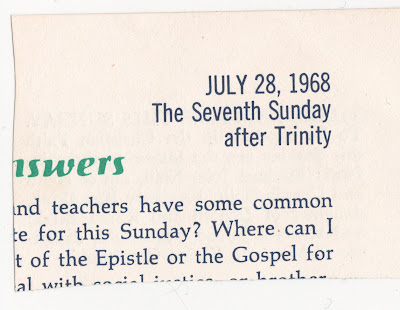 Undated newspaper clippings and other paper materials are frustrating for the genealogist.
It always pays to flip the clipping over. Sometimes there are "between the lines" clues that give an idea of when the clipping was actually published.
And then there is this one.
This clipping was found amongst my Grandmother's paper. The other side indicates the three infants who baptized along with their parents.
One of the infants was me, so I already had the date--but this would have helped if I had not known it or the clipping had been for someone else.
Flip those clippings over...there could be subtle, or not so subtle, clues on the reverse.
Posted by Bubba at 5:49 PM